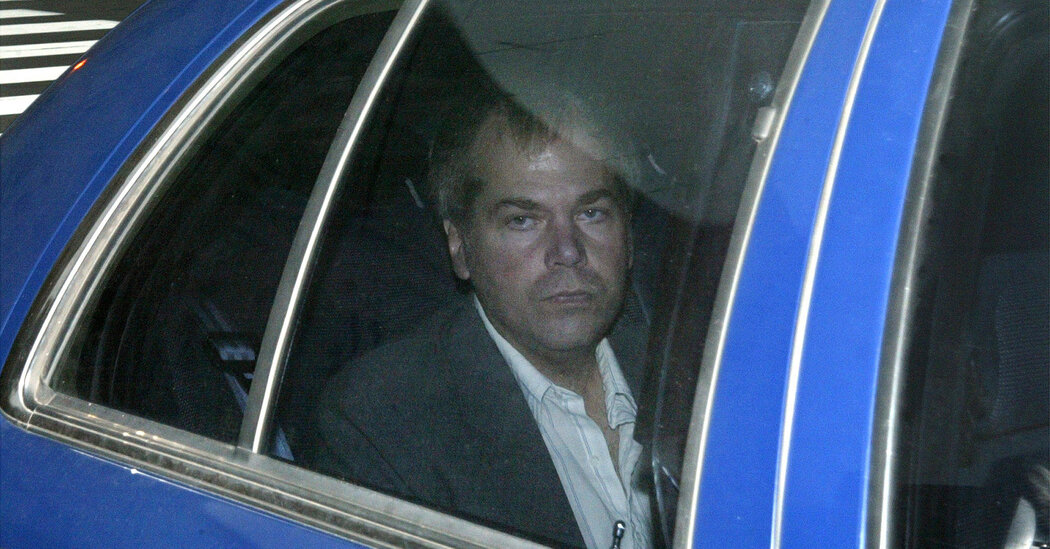 John W. Hinckley Jr., who tried to assassinate President Ronald Reagan in 1981, may publicly display his writings, painting, photographs and other artwork, a federal judge said on Wednesday.

The decision came in an order relaxing the terms of Mr. Hinckley’s release.

The judge, Paul L. Friedman of the United States District Court for the District of Columbia, wrote that Mr. Hinckley had remained “mentally stable” since 2016, when he was released from a psychiatric hospital where had been confined for decades and allowed to live with his mother in Williamsburg, Va.

Since 2018, Mr. Hinckley, 65, has posted his music online anonymously, but he has been frustrated with the lack of feedback he has gotten from the small number of people who have come across his work, his treatment team told the court in requesting that he be allowed to use his name in conjunction with his art.

Judge Friedman said in his order that Mr. Hinckley may publicly display, under his own name and without restriction, his memorabilia, writings, paintings, artwork and music.

The judge stipulated that Mr. Hinckley must notify the forensic outpatient department and his treatment providers of his plans to display his art and must let them know of the feedback he receives, so they can help him process it. If his doctors believe it’s medically necessary, they can revoke his ability to display his work, the judge said.

In an interview submitted to the court as part of a violence risk assessment, Mr. Hinckley said he wanted to “make money from my music and art.”

“I create things I think are good and, like any other artist, I would like to profit from it and contribute more to my family,” he said. “I feel like I could help my mother and brother out if I could make money from my art.”

Mr. Hinckley said he had heard from other artists that he might be able to sell his art on websites such as Etsy and had spoken to his treatment team about posting his music on various streaming sites.

He acknowledged “there is notoriety associated with anything I do under my name,” but said he was not interested in fame. He said he had been frustrated by his inability to share his artwork with others and to receive feedback.

It wasn’t immediately clear if Judge Friedman’s order allowed Mr. Hinckley to profit from the sale of his artwork, although the judge said Mr. Hinckley must comply with the terms of several civil lawsuits.

In 1995, Mr. Hinckley agreed to sign over to three of the men who were wounded in the assassination attempt up to $2.9 million in proceeds from any sale of his life story.

Since 2018, Mr. Hinckley’s music therapist has helped him post his music anonymously on SoundCloud and YouTube, but he has been disappointed in the small number of people who have listened, the music therapist wrote in court papers.

The therapist said it was important for Mr. Hinckley to have a creative outlet, but added, “I worry he’s a well-known figure and I worry about someone trolling him.”

“I would very much like to see him be able to make an income from his artwork,” Mr. Beffa was quoted as saying in court papers. “If it coincidentally happens his name is attached to it, I don’t see it would be an issue. I would be surprised if it reverted back to this narcissism he had with Jodie Foster, because it has not been present in any way whatsoever.”

On March 30, 1981, Mr. Hinckley, who had been stalking Mr. Reagan in an attempt to impress Ms. Foster, fired six shots and seriously injured Mr. Reagan outside a Washington hotel.

In 1982, a jury found Mr. Hinckley not guilty by reason of insanity, a decision that shocked the public and lawmakers across the country. He was sent for treatment to St. Elizabeths, a psychiatric hospital in Washington, where he was confined until 2016, when he was released to his mother’s home.

In his order on Wednesday, Judge Friedman said that Mr. Hinckley could continue to live with his mother or live independently or with a roommate, as long as he notified the forensic outpatient department and his treatment team. He also maintained a prohibition on Mr. Hinckley having contact with Ms. Foster, members of the Reagan family or others he wounded or their families.

Judge Friedman said that Mr. Hinckley “will not pose a danger to himself or others due to mental illness if permitted to continue residing in the community” under the terms of his release.

Mr. Hinckley said he had “done very well” over the last four years and, if granted greater freedom, planned to stay in the Williamsburg area, continue working in an antique mall, attend group therapy sessions and take his psychiatric medications.