A Virginia judge ruled Tuesday that Gov. Ralph Northam’s order to remove a statue of Confederate Gen. Robert E. Lee can be enforced – but also barred any action pending an appeal from the statue’s supporters.

The towering 13-ton statue is the last remaining on the former Confederate capital’s Monument Avenue. It has stood there since 1890. 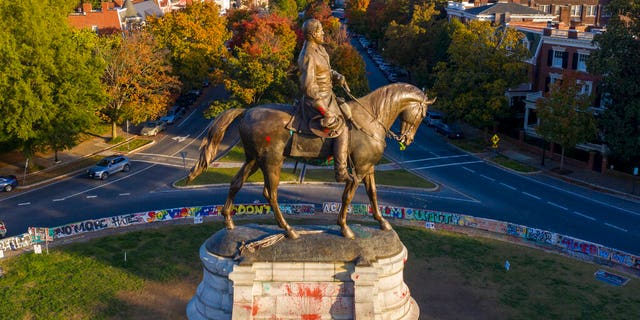 Other Confederate monuments on the scenic street all have been removed, either under the orders of state and city leaders, or by protesters amid nationwide protests against police and racial injustice.

WHICH STATE HAS REMOVED THE MOST CONFEDERATE SYMBOLS DURING NATIONWIDE PROTESTS?

A group of local residents sued to keep Lee’s statue in place, arguing that its removal could cost their neighborhood its status as a National Historic Landmark — and potentially lead to decreased property values and less favorable taxes.

The statue is 21 feet tall and sits atop a more than 40-foot-tall pedestal.

“The Lee monument was built to celebrate the Confederacy and uphold white supremacy,” Northam said in a statement. “This victory moves Virginia forward in removing this relic of the past—one that was erected for all the wrong reasons.”

Protesters and activists covered the statue’s base in graffiti in recent months, and protesters have splashed red paint over the statue itself. They have also used it as a staging and rallying site for their demonstrations.

If the appeal supporting the statue fails, one possible plan from B.R. Howard Conservation would be to divide it into three pieces, so it can fit under highway overpasses. Then it would be stored at an undisclosed location until authorities decide what to do with it. 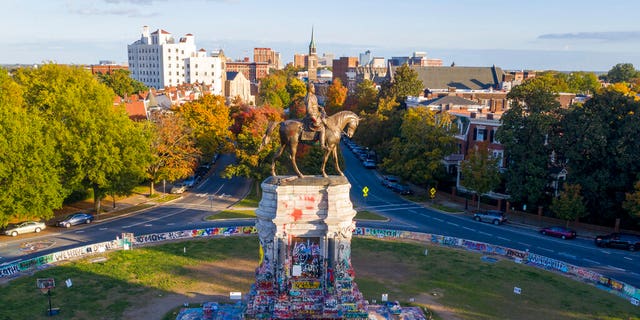 The Southern Poverty Law Center recently released a tally of which states removed the most Confederate symbols since George Floyd died in Minneapolis police custody on May 25, sparking nationwide protests. Virginia led the pack by far with 40, out of 102 across the entire country.

Floyd was killed after an officer kneeled on his neck for nearly 9 minutes. It was recorded, then circulated widely online and prompted immediate backlash – including several nights of rioting in a handful of cities and recurring peaceful protests nationwide.

The Associated Press contributed to this report.