Life Without Parole for Man Who Killed Chicago Police Commander 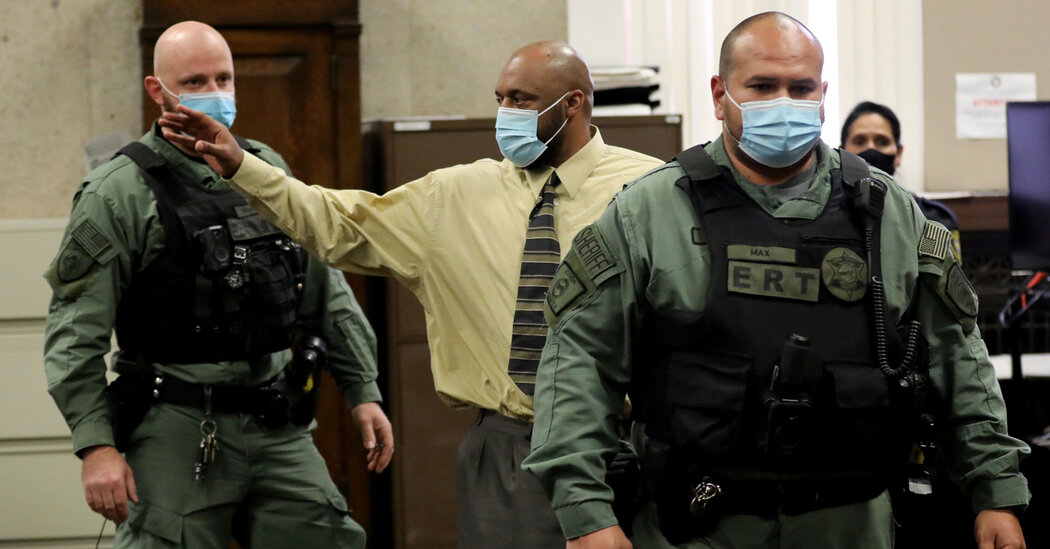 A 47-year-old man was sentenced to life in prison without parole on Wednesday for fatally shooting a high-ranking Chicago police official in a midday confrontation in the city’s busy Loop district in 2018.

The man, Shomari Legghette of Chicago, was ordered to serve a “natural life sentence” for the murder of Cmdr. Paul R. Bauer, the Cook County State’s Attorney’s Office announced.

“Justice was served today,” Mayor Lori Lightfoot said in a statement. But she added that “it may be little comfort” to the wife and daughter Commander Bauer left behind. The mayor called him a “selfless hero who served our beloved city honorably and with humanity — and gave everything to it, including his final moments.”

The final moments of Commander Bauer, 53, the highest-ranking officer in the city’s Near North police district, unfolded suddenly on the streets of downtown Chicago when he confronted Mr. Legghette on Feb. 13, 2018.

Police officers on patrol that afternoon “observed an individual acting suspiciously” and approached to try to talk to him, the superintendent of police at the time, Eddie Johnson, said after the shooting. The man, later identified by law enforcement officials as Mr. Legghette, fled, and officers gave a description of him over the police radio.

Commander Bauer was nearby when he heard the description and spotted Mr. Legghette, Superintendent Johnson said. “An armed physical confrontation ensued,” he said, and Commander Bauer was shot several times. Within minutes, the Loop became a chaotic landscape of police sirens, people yelling and police officers swarming the downtown streets.

Scott Kamin, Mr. Legghette’s defense lawyer, said Mr. Legghette had not known that the man who confronted him — Commander Bauer — was a police officer when he shot him, The Chicago Tribune reported. “He sees somebody in civilian clothes, somebody who’s chasing him, grabbing him,” Mr. Kamin said.

In 2018, 52 police officers nationwide were fatally shot, according to the Officer Down Memorial Page. It was the leading cause of death last year among officers, claiming 48 lives, followed by cancer related to the Sept. 11 attacks, which killed 46, according to the site. So far this year, 39 officers have been fatally shot.

In a victim impact statement before Judge Erica L. Reddick of Cook County Circuit Court sentenced Mr. Legghette, Commander Bauer’s daughter, Grace, who was born in 2004, said she sees the world differently since 2018.

“I always had an optimistic approach on life,” she said. “And I read books where the good guys always won.” The deaths of her father and a grandmother, both in 2018, changed that, she said.

“My life is isn’t optimistic anymore,” Ms. Bauer said. “The good guys didn’t win. I am not living in my perfect world anymore, and I cannot go back to it.”