Two conservative operatives charged in a robocall scam are ordered... 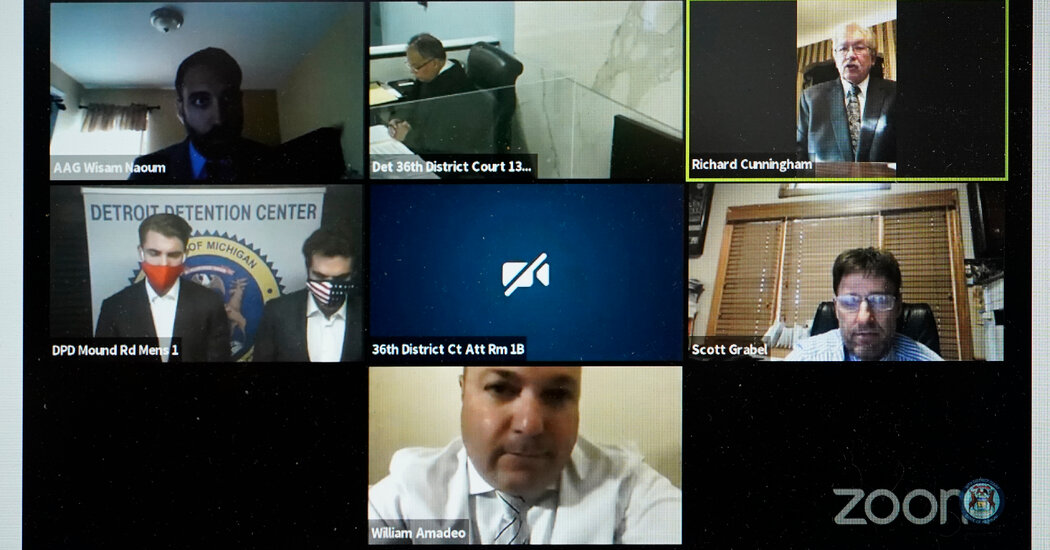 Two conservative operatives, Jacob Wohl and Jack Burkman, who have been charged in Ohio and Michigan with election fraud for sending out tens of thousands of robocalls intended to deter people from voting, have been ordered by a federal judge to call those voters back and inform them that the original call “contained false information.”

U.S. District Judge Victor Marrero, in the Southern District of New York, said in his ruling on Wednesday that the initial robocall sent in August to 85,000 people, “cannot be described as anything but deliberate interference with voters’ rights to cast their ballots in any legal manner they choose.”

Mr. Wohl, 22, and Mr. Burkman, 54, both of Arlington, Va., were charged last month in Michigan and indicted by a grand jury in Ohio this week, with sending deceptive robocalls to 85,000 people, mostly in minority communities, that stated authorities would use the information on their absentee ballot forms to create a database to track down people with arrest warrants or outstanding debt.

According to Judge Marrero’s ruling on Wednesday, the pair must make calls to everyone who received the robocall and deliver this message: “At the direction of a United States district court, this call is intended to inform you that a federal court has found that the message you previously received regarding mail-in voting from Project 1599, a political organization founded by Jack Burkman and Jacob Wohl, contained false information that has had the effect of intimidating voters, and thus interfering with the upcoming presidential election, in violation of federal voting-rights laws.”

In addition to the mandated calls, the pair face up to seven years in prison for the Michigan charges, which include violations of election law and using a computer to commit voter intimidation. A preliminary examination on the Michigan charges is set for Thursday.

In Ohio, Mr. Wohl and Mr. Burkman face charges of telecommunications fraud and bribery, which carry sentences of up to 18 years in prison.